Pikachu cards have been reimagined for the S8a 25th Anniversary Collection set. The very iconic Base Set Pikachu is getting a Full Art reimagining by Mitsuhiro Arita. Also the classic Surfing and Flying Pikachu have been reimagined as V cards. Pikachu V / VMAX from the S8a-G mini set that is most likely included in the 25th Anniversary Golden Box in which the Golden Pikachu V will be released in.

Also a brand new Pikachu V is coming in S8a 25th Anniversary Collection which has been illustrated by HYOGONOSUKE. A classic card is coming back too, Birthday Pikachu will get a reprinted version in the 25th Anniversary Edition Promo Card Pack similar to Base Set Venusaur in this promo set.

You can read more about the S8a 25th Anniversary Collection set including all promo cards and products here.

Cards have been translated by ToineLay, thank you very much! 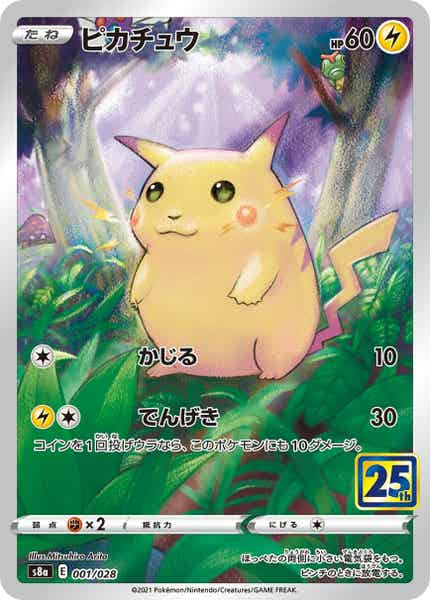 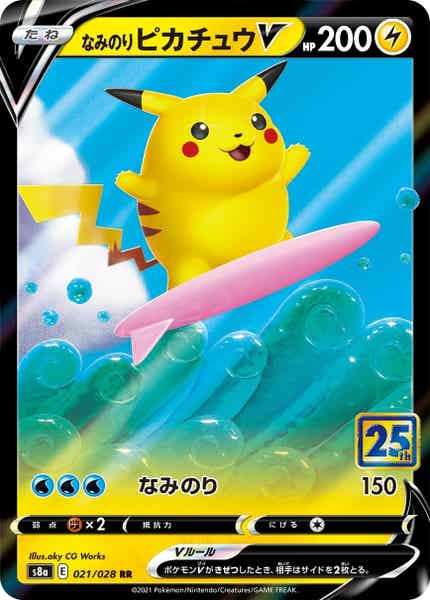 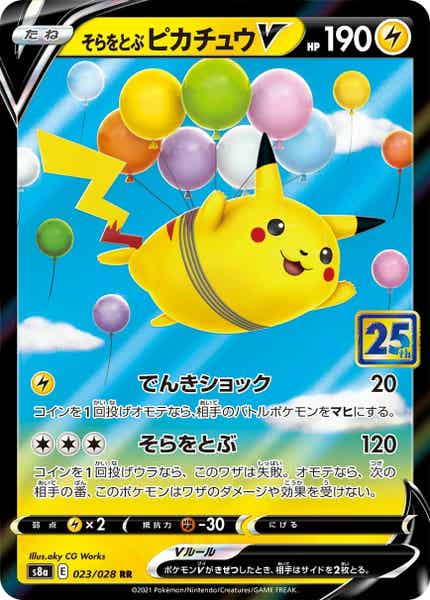 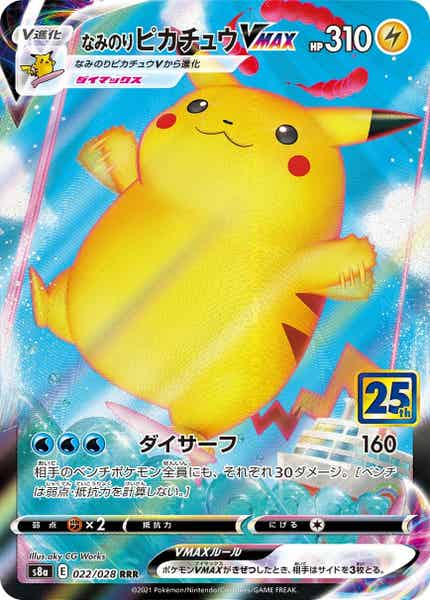 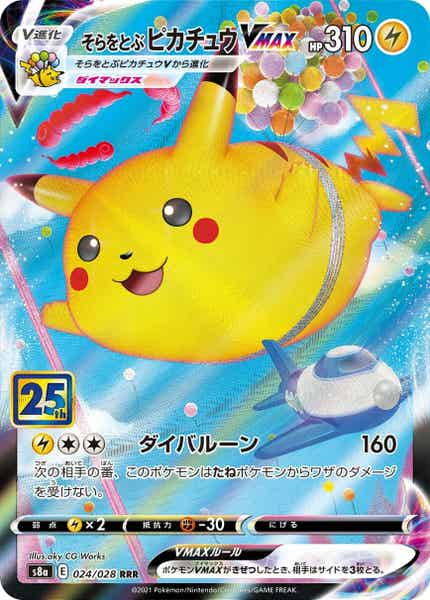 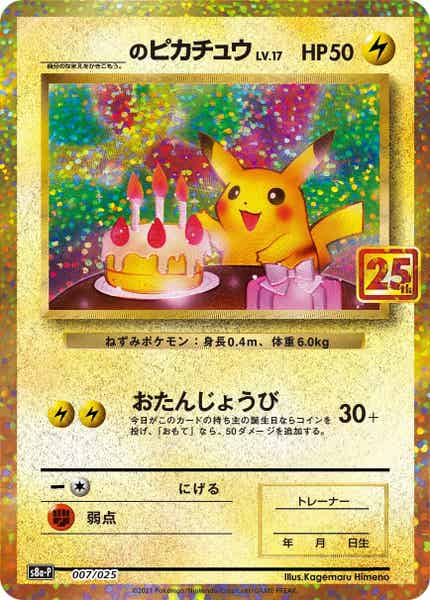 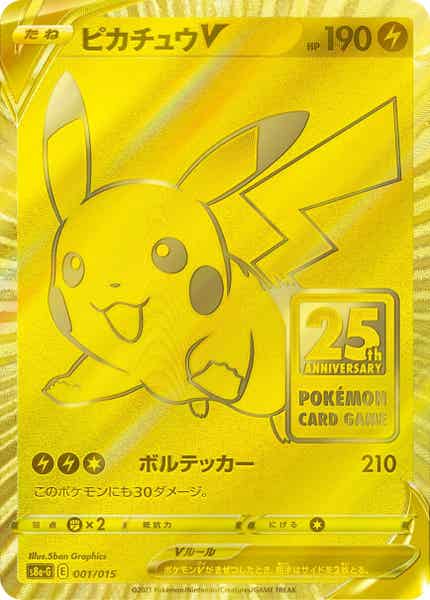 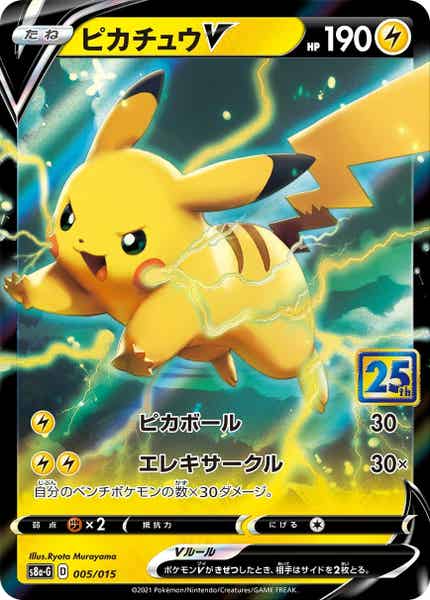 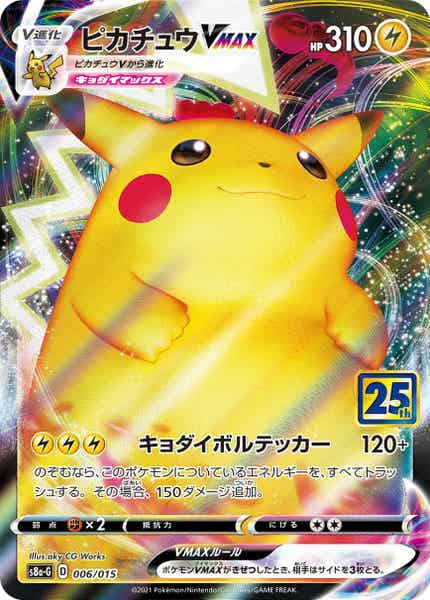 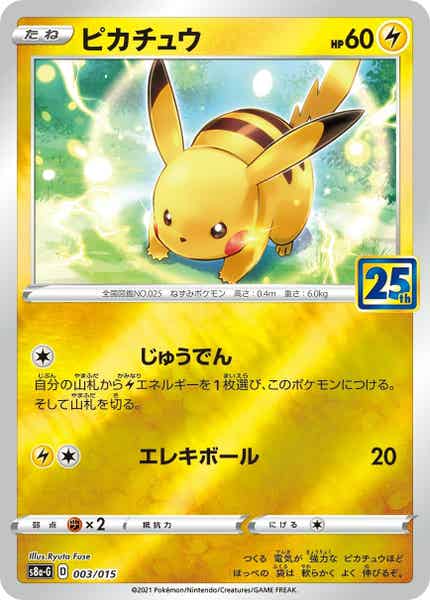 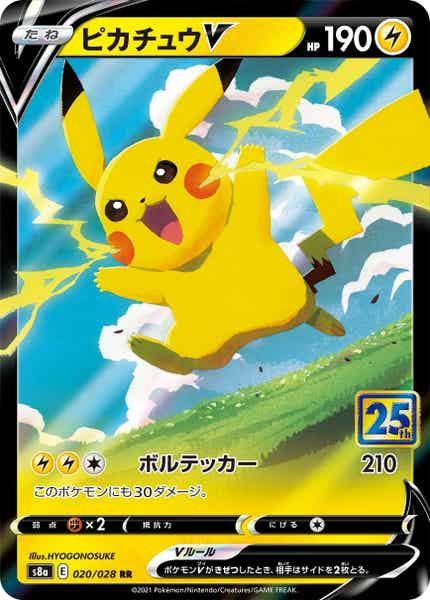 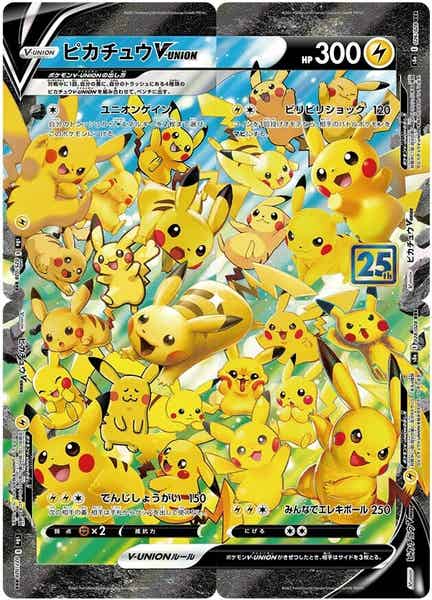 C - Union Gain
Attach up to 2 L Energy from your discard pile to this Pokémon.

Your opponent can't play any Items from their hand during their next turn.

ToineLay: This card has an E regulation mark, making it actually legal in standard! And yes, these are 25 Pikachu from 25 different artists.

CCC - Fly 120
Flip a coin. If tails, this attack does nothing. If heads, prevent all effects of attacks done to this Pokémon during your opponent's next turn.

LCC - Max Balloon 160
During your opponent's next turn, prevent all damage done to this Pokémon by attacks from Basic Pokémon.

WWW - Max Surf 160
This attack does 30 damage to each of your opponent's Benched Pokémon.

What does "legal in standard" mean?

So that means all of these cards are tournament legal, since they all have the E Regulation mark?

I'm loving that AKIRA EGAWA Pikachu on the V-Union (for reference, the one on the bottom right looking at the lightning symbol)